Taekwondo is a good exercise for developing children as well as adults who want to increase their physical endurance. Taekwondo movements require extensive use of the joints, which generally increases the limberness of the body. Since there is kicking, jabbing, and oral shouting involved, it’s also a great way to relieve stress and get a good workout.

Taekwondo involves attacking the opponent with bare hands and feet. What sets this apart from other martial arts forms are the powerful and various leg movements involved, and that is what has enabled it to become a worldwide martial art. Taekwondo’s attack is aggressive, but at the same time, the focus is more on the defense aspect. This can be a positive act for those wanting to learn Taekwondo as a way of self-defense as a practical purpose, even in modern times.

Taekwondo trains the body but does as much to develop the mind as well. The objective of learning Taekwondo is to fasten growth, in both mind & body, in order to become a more mature human being. Taekwondo students receive repeated etiquette lessons, as well as attack and defense skills, to build and strengthen character.

Taekwondo is an official competitive category in major world sporting events such as the Olympics, Panam Games, Asian Games, All American Games, and South American Games. Competitive Taekwondo involves safety gear, set attacks, and defenses. With safety as a top priority, competitive Martial Artists can enjoy the thrill of competing with fewer risks. 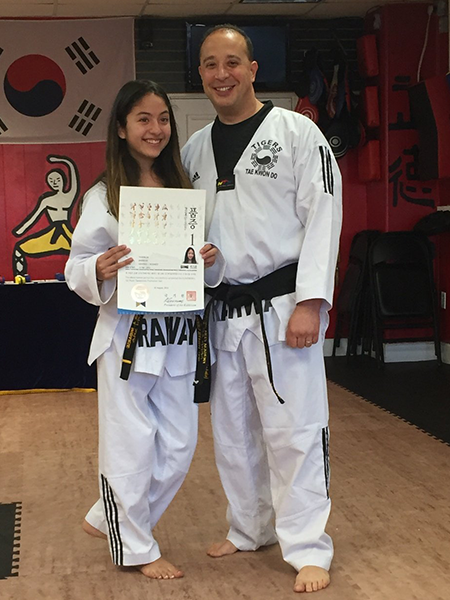 Master Felix D. Nodarse is a 5th Dan Taekwondo black belt who began training at 13 years old. With a passion for the sport, Master Felix practiced intensely every day for 10 hours and in doing so, became a champion in top tournaments such as the AAU, USTU Full-Contact TKD Championship, and the widely-known Point System Championship.

As a parent, Master Felix wanted to ensure his son and three daughters could protect themselves so, in 1998, he opened Tigers Martial Arts Academy. We have now had over 100 students come through to learn, and we continue to provide the art to our Taekwondo family and community.
Master Felix is currently Public Relations Officer of the Korea America Taekwondo Association (KATKA) and has many accolades including holding the title as the fastest knockout in full contact competitions, an award for his dedication and devotion to Taekwondo from World Taekwondo Federation (WTF), and many other awards for Best Leadership, Best School, Best Master, and Best Sparring. 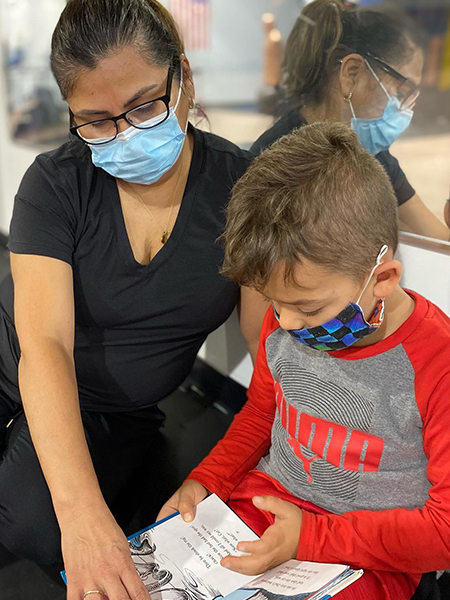 Ms. Joie uses her passion and enthusiasm for child development to help students discover their full potential. Ms. Joie works as our Program Director, overseeing all camp programs and activities to ensure each child is provided with personalized care from the staff in a safe and disciplined (but nurturing) environment. Ms. Joie has a passion for the martial arts and had began training in TKD. 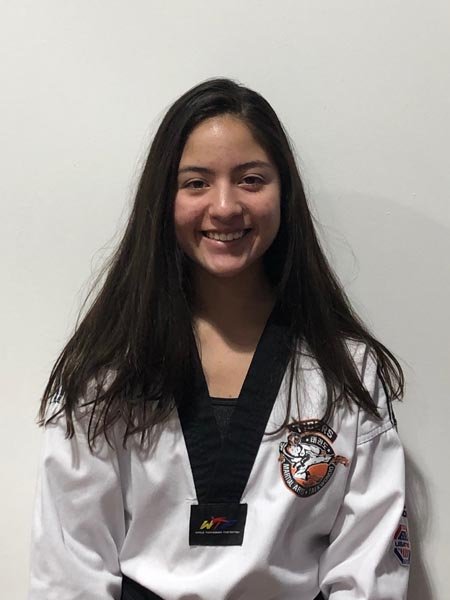 Ms. Destinie is a 3rd Degree Black Belt and has been training in taekwondo since she was five. 2016 Ms. Destinie was chosen by Master Suji Kang (4x World Poomsae Champion) to compete and train at a World Class level. Throughout her years as a martial artist, she had accumulated many state titles (sparring and poomsae) and is a top national and international poomsae competitor. Ms. Destinie has received many awards for outstanding, dedication and leaders achievement. She was recently awarded MVP twice for best athlete. Her goal is to keep training hard to win at nationals and international competitions. Ms. Destinie can be seen in instructing classes for the LIL’ Tigers Club classes and Jr. Tigers Classes regularly at TMAA. 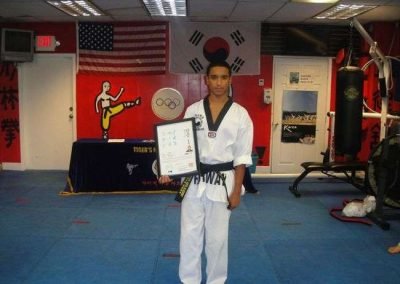 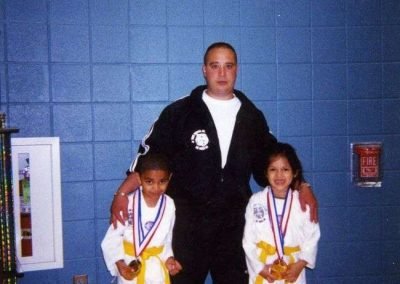 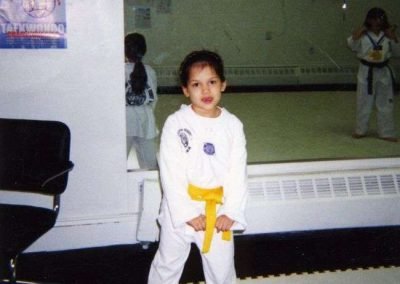 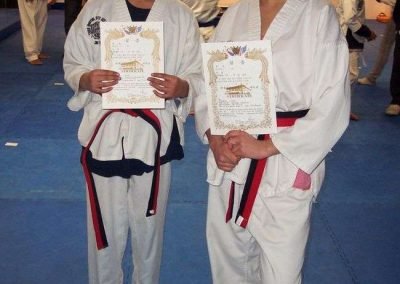 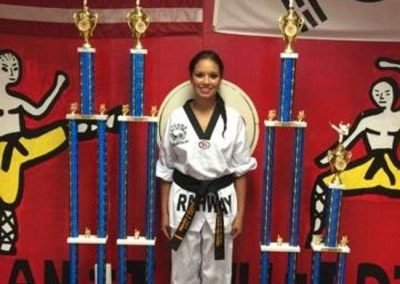 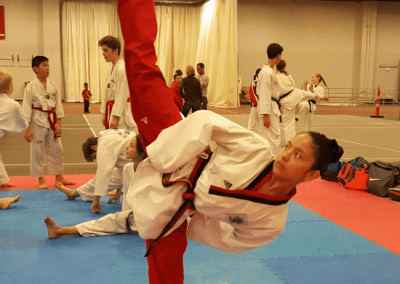 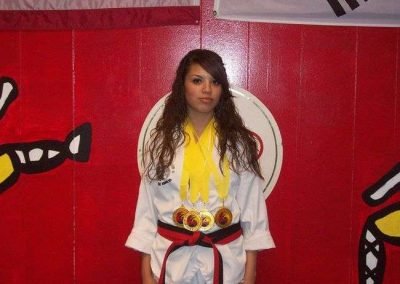 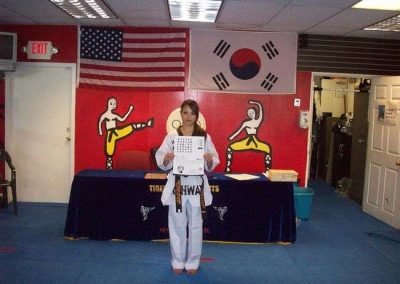 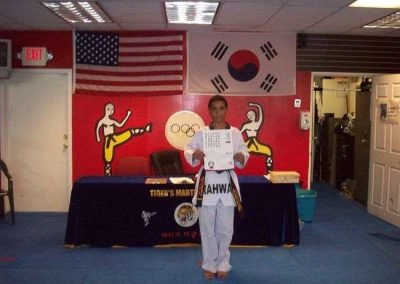 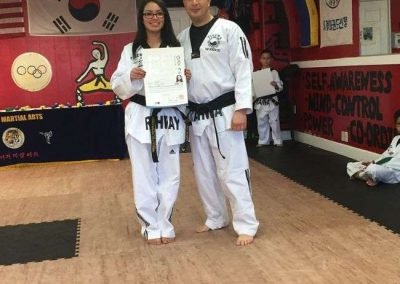 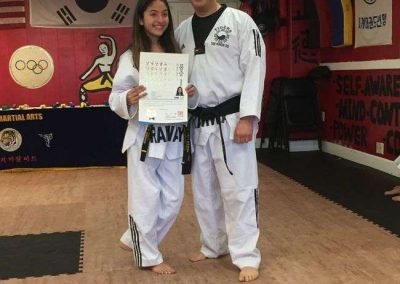 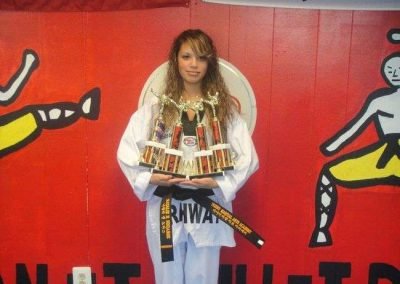 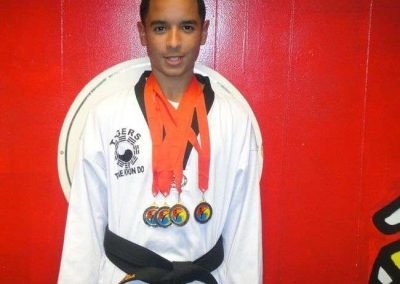 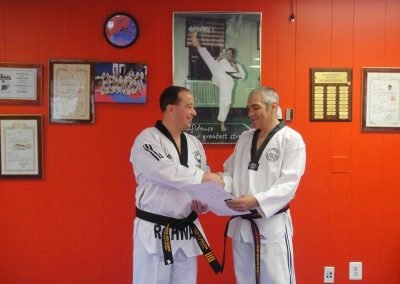 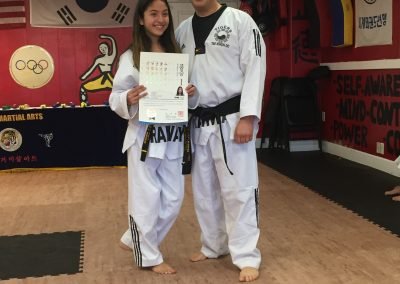 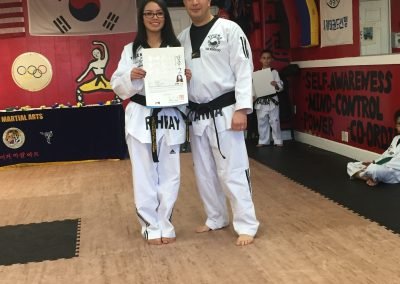 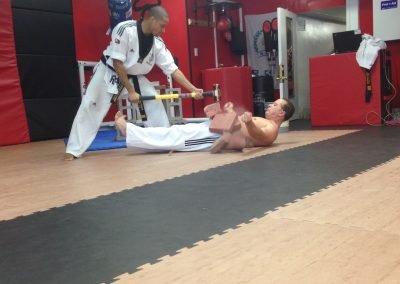 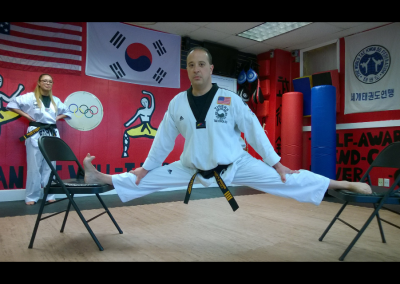 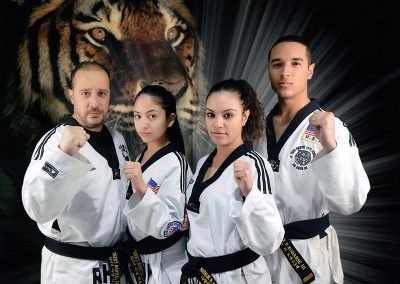